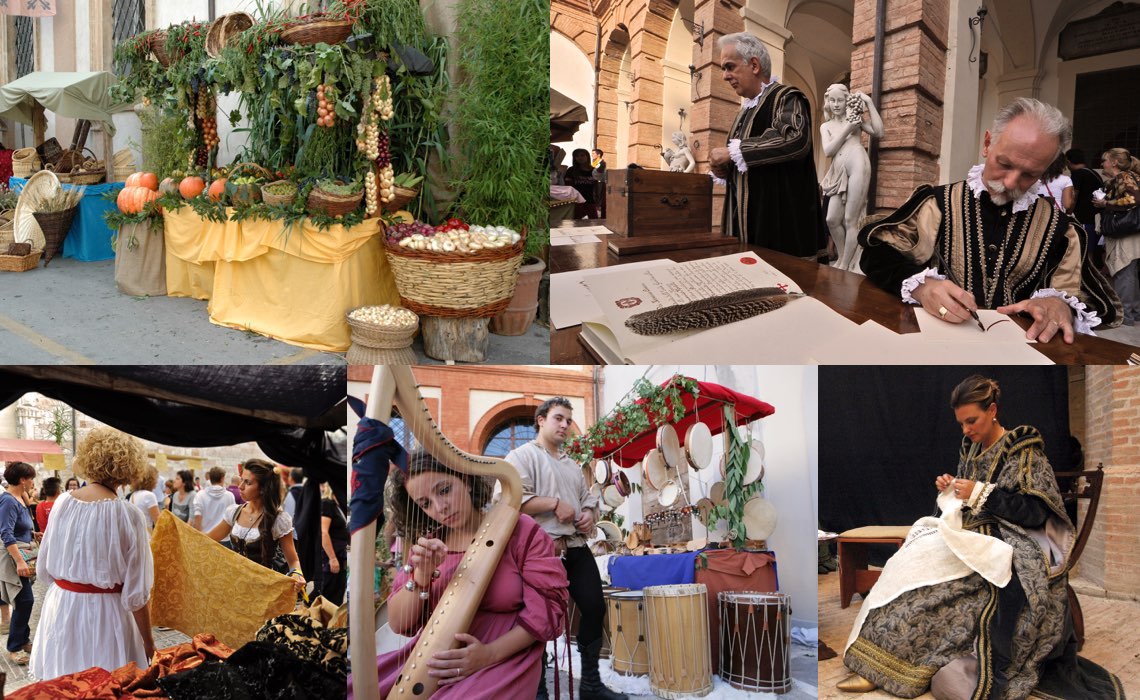 In September 1998 the ancient Fiera dei Soprastanti was proposed again and successfully arranged in the marvellous courtyard of Palazzo Trinci (the Trinci Palace). This big market took place in Foligno even in the XVth century and lasted for two months a year. A multicolour and heterogeneous crowd was attracted by the variety of the stands, by the jugglers’ contortions and the fire-eaters’ reddish flames. Today, according to the general programme planned by the Ente, this fair is a fixed appointment: a lot of expert exhibitors come from all over Italy for this event. The peculiarity is that the products bought in these stands must be paid with the “Quattrino”, a coin that was minted in the Papal States under Pope Paul V (Camillo Borghese 1605-1621).