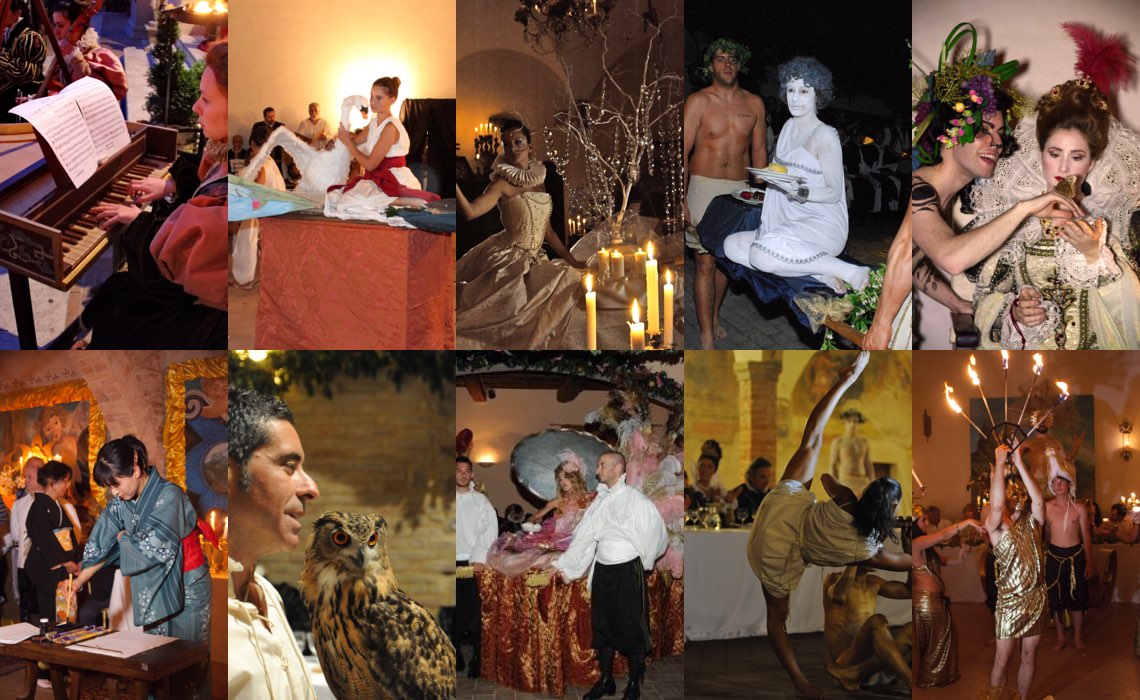 It is the gastronomical competition among the ten quarters, the second most important event after the Giostra. In the 1980s the quarters began to prepare food inspired by the XVIIth century gastronomy, visually more and more careful courses. The result was the Gara Gastronomica among the quarters, also thanks to Lino Procacci’s intuition, the organizer. Thus, the Quintana doesn’t concern only this territory, as guests representing the performing arts come to delight the people in the taverns during the night. With the passing of time, the Gara Gastronomica has become the current Gareggiare dei Convivi, that is the representation of a sumptuous baroque banquet. The music played using the instruments of that time and the dance performed by ballet dancers dressed in costume perfect the atmosphere. The jugglers and the fire-eaters delight those present. The food is based on the XVIIth century tradition and every year a particular subject is proposed to the Quarters for the competition. For this reason a real research activity has been undertaken which has achieved excellent goals. Some teachers, gastronomes, sommeliers and cooking experts are the qualified judges who reward for the best result.