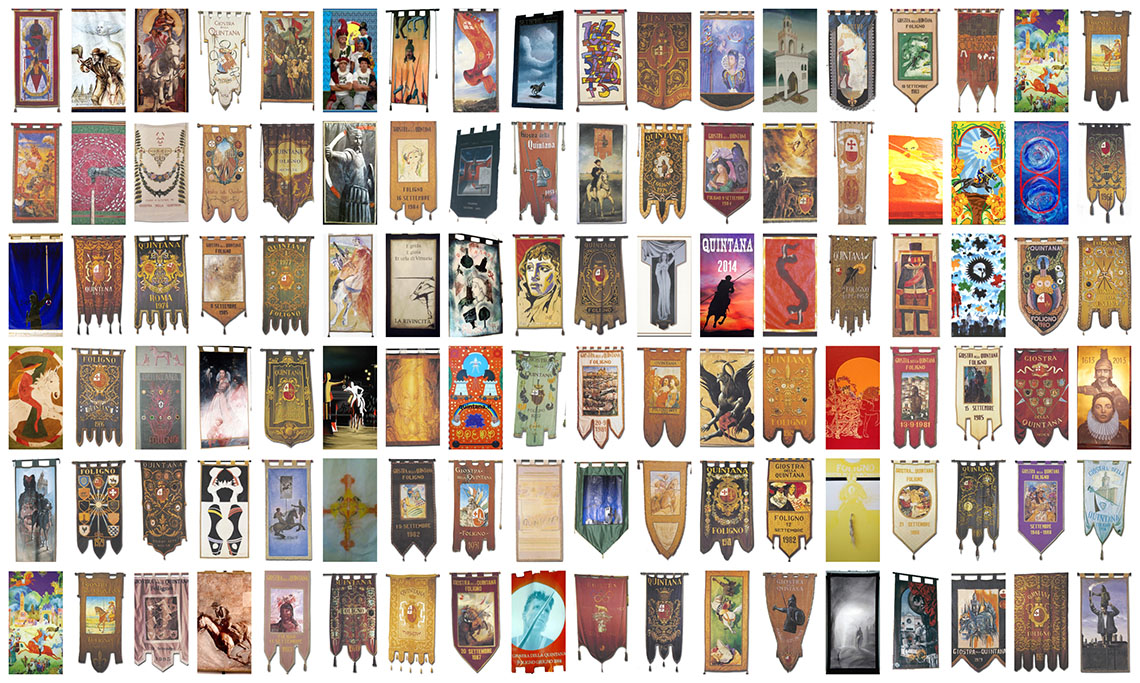 The Palio is the symbol of Victory and in the Giostra della Quintana everything revolves around it. Since the first edition of the modern version, in 1946, the Palio evidently constituted the final goal. Today, beyond being the primary expression of the success of the district, the Palio ended up becoming a real work of art, so much so that the Quintana – as only a few events in Italy – can exhibit a real gallery of modern art signed by important artists. They are of various shapes and are declined in the different languages of contemporary art. And so Salvatore Fiume, Pietro Annigoni, Domenico Purificato, Remo Brindisi over the course of time have left their precious trace on an object so disputed. The President of the Ente Giostra gives the winning Knight the “victory simulacrum”, which is carried in triumph by the entire district along the city streets, at the head of the procession, after the end of the Giostra.